I just thought I was heading towards the menopause!

I have a small group of local friends who I’ve known for over 25 years since we met in our 20s. When the pandemic hit we started having regular Zoom calls to catch up for a gossip and enjoy some laughter over a glass or two of wine.

“Girls, can we talk about bleeding tonight?” I asked as we started a call one Friday evening in July 2020. This wasn’t a usual topic for us! COVID, family, home schooling, pets, friends, work, holidays, baking, gardening and gin had all been exhausted during lockdown.

But now I was also exhausted and feeling run down so I thought tonight we could have a light-hearted moan about the joys of perimenopause.

Hot flushes, insomnia, palpitations, brain fog, low mood, anxiety, lack of libido and irregular heavy bleeding! Just a few of the common symptoms we experience in the perimenopause years before our periods finally stop for good. My friends and I are now late 40s/early 50s and between us we’d experienced them all!

I shared how troublesome my irregular periods had been lately: sometimes coming every two or three weeks, then nothing for a few months. Sometimes I’d bleed for a few days; sometimes it would carry on much longer. I never knew what to expect, when I was going to bleed next and once my period started I had no idea when it was going to stop. Mostly light, sometimes heavy and most recently I’d had a sudden episode of flooding.

I’d previously had an intra-uterine device (a Mirena coil) for heavy bleeding so hadn’t had a period for 10 years. After having it removed a couple of years before, my periods never settled back into a regular monthly cycle so I had no idea what was normal for me anymore. At 51 I had assumed I was perimenopausal and hadn’t thought to go to my GP as I just thought this was something that I had to put up with at this stage of my life.

“That doesn’t sound right. Maybe you’re anaemic?” one of my friends suggested. It would explain why I felt so tired all the time. I pondered over the weekend whether I ought to bother the GP for a routine blood test during lockdown.

I felt rather foolish, as being anaemic hadn’t even crossed my mind. Did I mention that I originally trained as a pharmacist? I haven’t worked in community pharmacy for over 13 years but I try to keep up to date with health issues that are relevant to my immediate family or me. I can usually self-manage most minor illnesses and try to only visit the GP when I think I might need a prescription or some tests running.  I felt embarrassed – I should have realised my symptoms weren’t normal.

Monday morning came and I called the GP surgery to ask for an appointment. Later that day one of the GPs called me back and I explained how lousy I’d been feeling and how irregular and heavy my periods had been lately. Would she run some tests to see if might be anaemic? If it turned out I was anaemic, some iron tablets would be a quick fix and get me feeling back to my usual self in no time.

The blood tests came back normal and at my follow up appointment my GP said she wanted to send me for a pelvic ultrasound scan to find out if there was an underlying reason for my heavy bleeding. This didn’t faze me. I’d had a couple of scans before to investigate abdominal bloating and they’d found fibroids and an ovarian cyst but nothing more sinister. I went for the scan and was told to expect my results in a couple of weeks’ time.

Then, bam! A few days later my GP rang out of the blue. My scan results showed an irregularly thickened womb lining. She didn’t want me to worry but she was referring me on the urgent two-week suspected cancer pathway for a biopsy.

I was totally unprepared for this scenario. Womb cancer wasn’t on my radar at all. Now I felt scared – what if I had cancer?

When I went to my appointment a few days later the gynaecologist told me I didn’t meet the strict criteria for the urgent referral. Because I wasn’t post-menopausal the chance of my abnormal bleeding being due to cancer was very low.  Womb cancer is much more common in women who have already been through the menopause.

The hysteroscopy showed I had some polyps that were causing my abnormal bleeding.  I was booked in for another procedure with the same gynaecologist to have the polyps removed a couple of weeks later.

Before that appointment came around, I received a letter for another appointment with a different doctor for the following week. I Googled the doctor’s name and then wished I hadn’t. He was a gynaecology oncology surgeon. I must have cancer! It was Friday afternoon before a bank holiday weekend.

The next few days went by in a blur. I launched myself into research mode, reading as much as I could on womb cancer, how it was diagnosed and treated so that hopefully I’d be able to ask some sensible questions when I saw the surgeon. As a pharmacist I’m used to reading scientific papers and clinical guidelines; the learning never stops when you work in healthcare. Now I was the patient it felt different. I went into panic mode, feeling overwhelmed by all the information on a topic I knew very little about. I didn’t know of anyone who’d had womb cancer before. What if it had spread? What if I was going to die?

We were still in lockdown so I had to go to the appointment on my own. My partner drove me, but had to stay in the car park while I went in to see the doctor alone.  As I went in to meet the surgeon someone else followed me in to the room. I spotted their name badge and the words underneath: ‘Macmillan Cancer Nurse’. My legs felt wobbly as I sat down waiting to hear the bad news.

The results of my biopsy were back. It wasn’t as bad as I’d feared. I was diagnosed with complex atypical hyperplasia (CAH), an advanced pre-cancer of the womb lining.  The surgeon explained that when they take a biopsy of the womb lining, it’s a bit like going into a room and scraping a small amount of paint off each wall. So, it doesn’t give them a completely accurate diagnosis. They needed to operate as one in two women like me with CAH go on to be diagnosed with cancer after surgery. I needed to have a total hysterectomy (that’s the womb and cervix) as well as my ovaries and fallopian tubes removed within the next few weeks.

I walked back out to the car park reeling, clutching a Macmillan booklet on womb cancer and a contact card for the gynaecology cancer nurses who I could phone if I had any questions. I don’t remember the journey home from hospital that day.

More appointments and scans followed in quick succession and then the day of surgery came. Before I knew it I was in the recovery room waking up from the surgery. Back on the ward I only needed paracetamol and ibuprofen to ease the discomfort. I was surprised how little pain I had after such a major operation. After one night in hospital I was well enough to go home and the waiting game began. Waiting to find out if I had cancer, and now that my ovaries had been removed waiting for the sudden and inevitable slam-dunk into menopause.

Two weeks later I was pottering gently around the garden, noticing the flowers coming into bloom, when my phone rang. It was my cancer nurse. She explained that my histology results were back. They confirmed I had cancer. I was lucky. My results showed I had a slow-growing cancer that had been found early and hadn’t spread. I wouldn’t need any further treatment. They’d see me back in clinic for a check-up in a few weeks’ time.

Even though, by now, I knew this was a likely outcome, the confirmation that they had actually found cancer hit me like a ton of bloody tombstones. The rest of the day was a complete daze.

Once I got over the initial shock of finding out I had cancer, or rather I had had cancer, because by now they’d removed it, I realised how lucky I was. Survival statistics for womb cancer are typically good. For the vast majority of women like me, whose womb cancer is diagnosed early, surgery may be all that’s needed and the risk of it coming back is low.

The sudden slam-dunk into surgical menopause wasn’t as bad as I’d feared either. I’d heard of some women experiencing hot flushes and night sweats as soon as they were out of surgery. My hot flushes kicked in about eight weeks after my hysterectomy.  I’ve been advised not to have HRT because my cancer was driven by oestrogen so there’s a small theoretical risk that it could increase the chance of the cancer coming back. Instead my GP prescribed fluoxetine*, an alternative to HRT that I’ve found really helpful for the hot flushes. I still get the odd hot flush but nowhere near as many I was having a few months after surgery.

I feel very lucky. My prognosis is good and with support and information from cancer charities I’ve made a few lifestyle changes that will help reduce my risk of recurrence and help me through the menopause and beyond. I’ve incorporated more variety and coloured vegetables in my diet. I try to fit in a walk every day and now do three weight training sessions a week to reduce my risk of osteoporosis. I started with some resistance bands and some light weights. I just bought a 10-kilogram kettle bell to challenge myself, even though I can hardly lift it, yet alone swing it!

I’m grateful to my GP for referring me so promptly for further investigations and for the hospital teams who looked after me and kept the cancer services running efficiently during such an unprecedented and challenging time. I’m also grateful for being part of the Womb Cancer Support UK community, where those newly diagnosed are welcomed and supported through their diagnosis, treatment and recovery.

Most of all I’m grateful to my partner who supported me through the uncertainty of diagnosis and looked after me during my recovery and to my girlfriends and that pandemic Zoom call when we talked in detail about periods! It may just have saved my life!

Now I’m recovering from my diagnosis and treatment I want to raise awareness of womb cancer. Cervical and ovarian cancers were both on my radar along with other common cancers such as breast and bowel cancer. As a pharmacist, who considered myself pretty well informed about most common health matters, I still thought of womb cancer as something that only happened to women after the menopause. Yet womb cancer is actually the most common gynaecological cancer with over 9,000 new cases diagnosed each year in the UK. It can happen at any age with 1 in 4 cases happening before the menopause.

Having had womb cancer my advice to others who haven’t gone through the menopause, is:

Then hopefully you’ll spot any worrying symptoms early and see your GP.  Break the taboos and start talking to others about bleeding. You never know, it may just save your or someone else’s life!

Here are some of the trustworthy resources that I found useful:

* Fluoxetine isn’t licensed for menopausal symptoms, but it, or other medicines are often prescribed to help women with hot flushes when they’re unable to use HRT. https://www.nhs.uk/conditions/hormone-replacement-therapy-hrt/alternatives/ 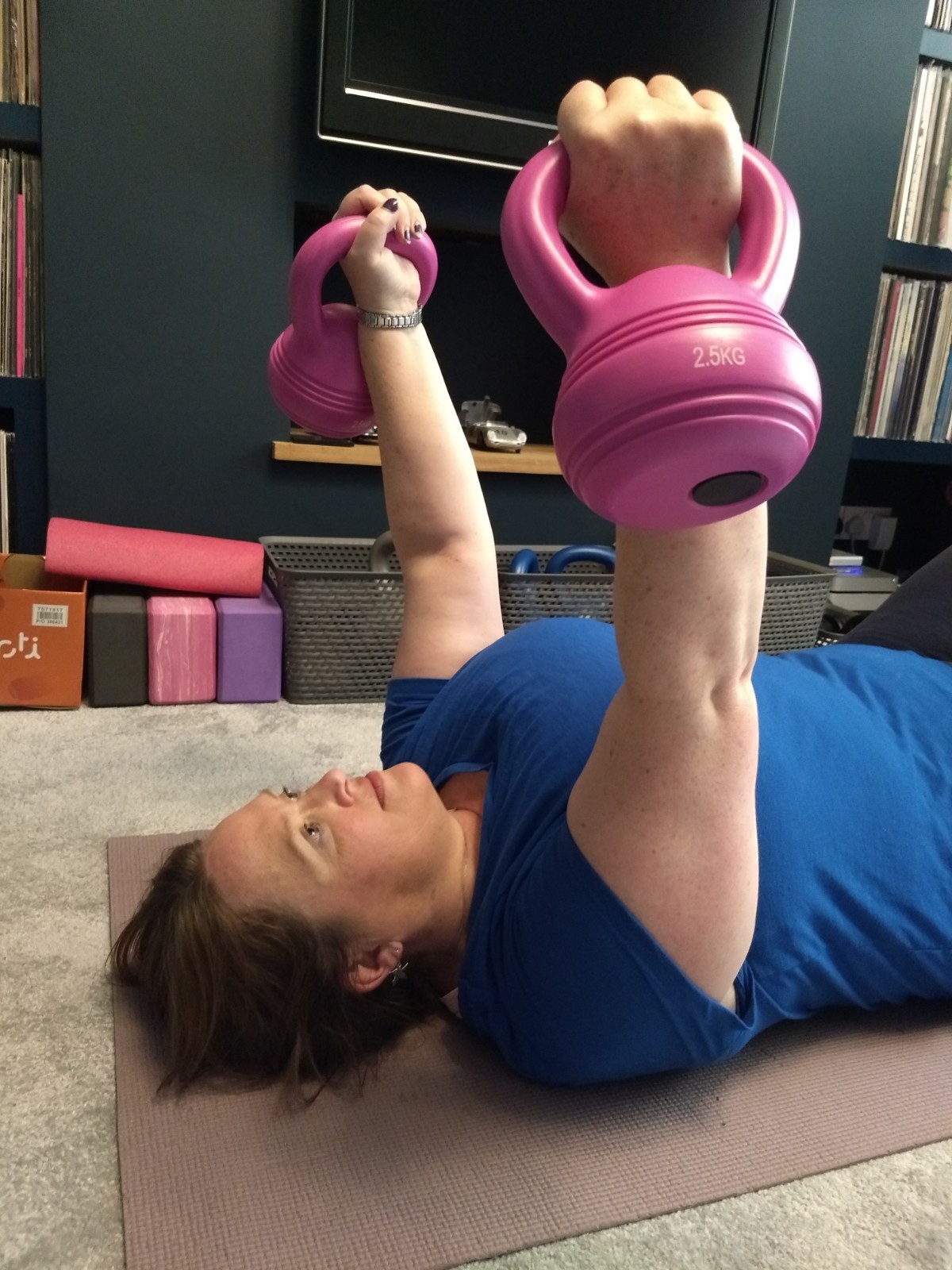 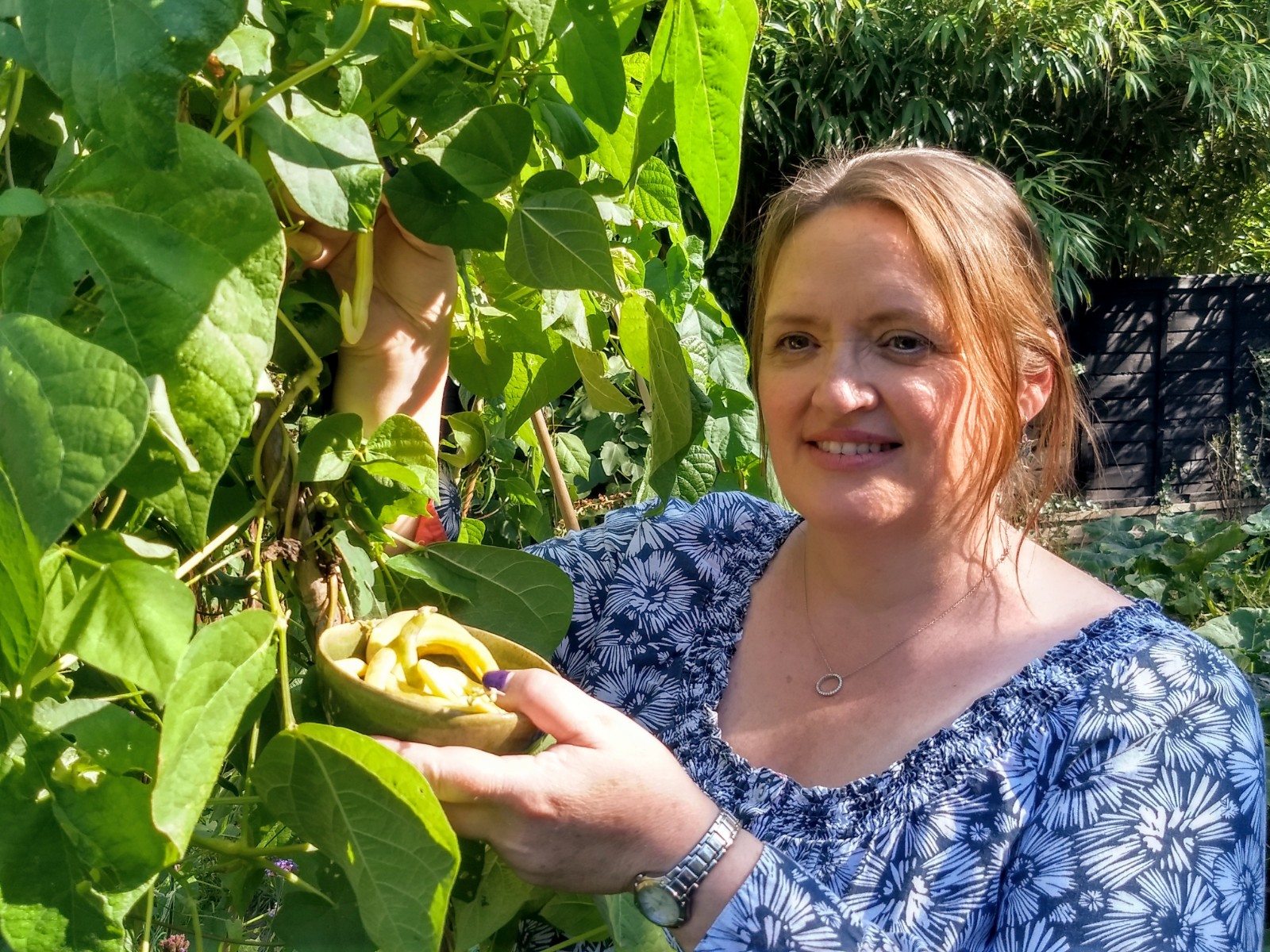